Setting Up a Business in Istanbul

Istanbul is the trade center of Turkey forming more than half of the countries economical power with its exports, imports, productions and much more. With its significant position, Turkey is a strong presence in worlds trade routes. Surrounded by seas on three sides, Bosporus Strait locks access to and from the Black Sea to create a big pond which is the easiest sea route to access Europe. Being on that strait, Istanbul is a legendary city which is both culturally, economically and religiously important.

Unlike the some of the worlds more notable trade hubs such as New York or London, Istanbul has a lower cost of living and average income. Istanbul offers a huge opportunity for a relatively low cost to do business. Also, the population is young, smart and digital natives which is a perfect combination to aim and capture. There are lots of talented people too who are creative, smart, loyal and hardworking. You can create your dream team easily. Last but not least, the venture capital scene is getting bigger and good ideas will always get capital.

Historically the city has been the center of Turkey’s economic life because of its location as an international junction connecting Asia and Europe with its sea and land trade routes. It was calculated that the city had a GDP of 334.4 billion dollars in 2012. It accounts for 38% of Turkey's entire industrial production and 40% of the taxes collected in the nation. Furthermore, Istanbul accounts for around 57% of national exports and 60% of national imports.

According to Forbes magazine, Istanbul had a total of 37 billionaires in 2013, ranking fifth in the world behind Moscow (84 billionaires), New York City (62 billionaires), Hong Kong (43 billionaires) and London (43 billionaires). The change in Istanbul's living standards is a direct reflection of the nation's statistics as the 27.5% share of the total consumption in Turkey is performed by the population of Istanbul. 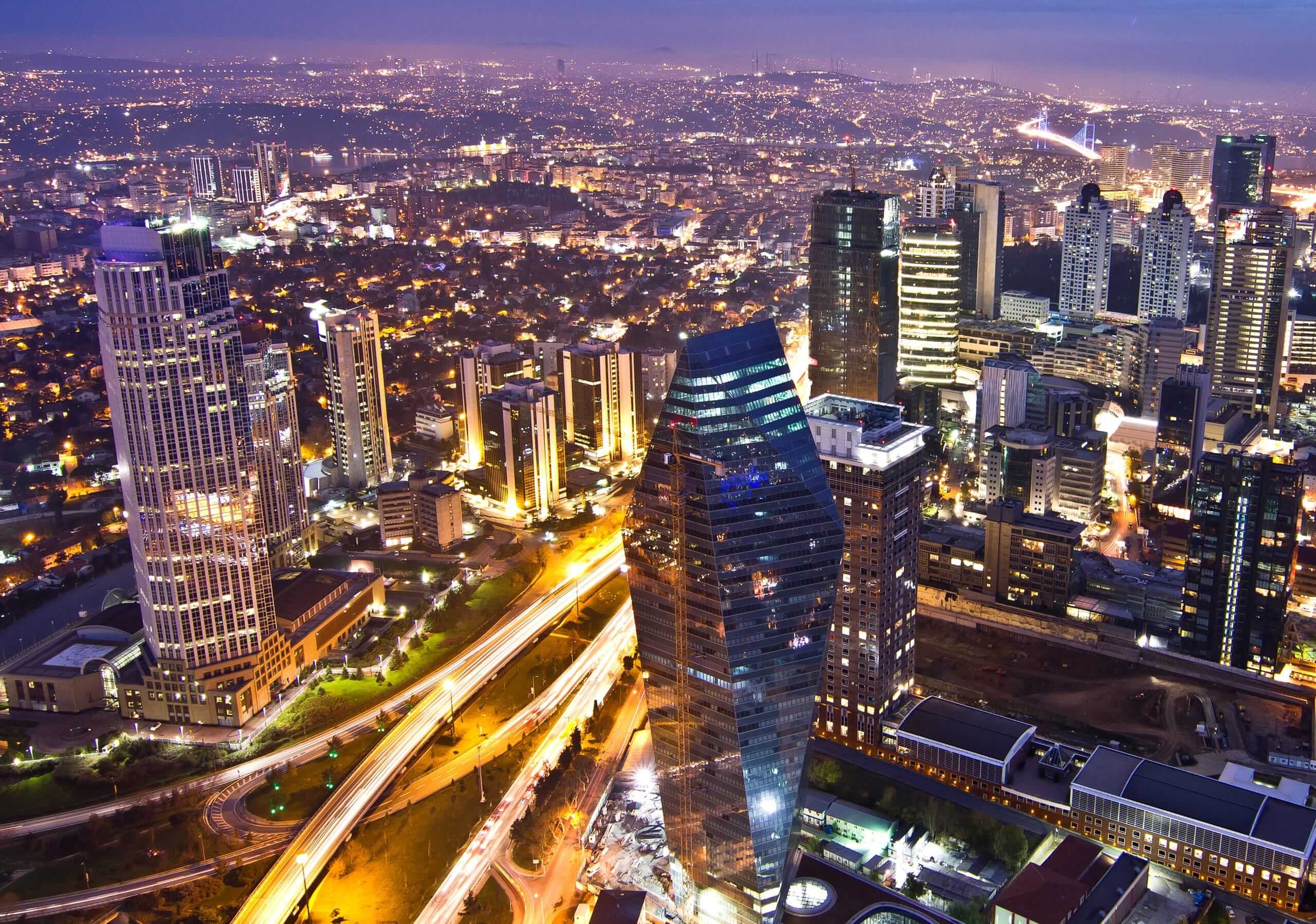 Istanbul has always been Turkey's "monetary capital," even after Ankara became the country's new political capital in 1923. During the 1980s, the city's explicit commercial sectors strengthened their position. The Istanbul Stock Exchange (ISE), established at the beginning of 1986, is Turkey's sole protection market, designed to provide exchanging values, right coupons, Government securities, Treasury bills, income-sharing endorsements, securities given by the Privatization Administration, and corporate securities.

There are Turkey's major manufacturing plants are located in the city. Istanbul and its surrounding province produce goods such as cotton, fruit, olive oil, silk, and tobacco. Food processing, textile production, oil products, rubber, metal ware, leather, chemicals, electronics, glass, machinery, paper and paper products, and alcoholic drinks are some of the city's major industrial products. The city also has factories that assemble automobiles and trucks. It is also the home to many unions such as Istanbul Exporters Union and textiles and clothing ITKIB which was created the Secretariat for Foreign Trade. There are four independent union representatives that are included in the Board of ITKIB. These are; Union of exporters of finished clothing, Union of exporters of textiles and raw materials, Union of exporters of leather and leather products, Union of exporters of carpets.

Istanbul is one of the most important tourism spots in Turkey and Europe as well due to its history. There are thousands of hotels, restaurant, tourist-oriented industries in the city such as the Grand Bazaar which cater to both vacationers and visiting professionals. The tourist numbers keep getting higher with each year from everywhere in the world.

Having 2 airport, which one of them slowly becoming an international transportation hub in Europe provides the city with another layer on the tourism front. Also, the world’s first underground cruise ship terminal project is expected to bring a new standard on the cruise ship tourism. This project being the first in the world will change the cruise ship tourism with hatch system that separates the customs and security when there is no ship berthed at the port creating a temporary custom area and keeping the promenade open to public.

The terminal is set to offer an amazing experience to 25 million visitors, including 7 million foreign tourists and 1.5 million cruise ship passengers. As the entrance and exit point for visitors to the country, the terminal was designed to be as aesthetic as it is functional to leave a profound first impression on passengers.

Does it make sense to start a business in Istanbul?

If you decide to set up a business in Turkey, there is no place better than Istanbul due to its location, population, opportunities and capital. Regardless of the industry, there is always a spot for a good business venture where the hardworking is rewarded. With its relatively cheap options for a metropolitan city, Istanbul offers a variety. Rental properties being plenty doesn’t force you to be settle with what you got instead it scaffolds you to get what you want. The people are plenty, young and smart so employment is not a problem in this city. Also, the international side of Istanbul enables you to contact with the outside world as well.

You may also be interested in these blog contents: