Turkish Airlines is the national flag carrier airline of Turkiye. As of 2022, it operates scheduled services to 340 destinations in Europe, Asia, Africa and the Americas making it the largest mainline carrier in the world by number of passenger destinations. The airline serves more destinations non-stop from a single airport than any other airline in the world and it flies to 126 countries.

Turkish Airlines began its adventure on the May 20, 1933 with only five planes and less than 30 employees. The initial fleet consisted of two five-seat Curtiss Kingbirds, two four-seat Junker F 13s and one ten-seat Tupolev ANT-9. It was the Türkiye’s first aviator and chief executive Fesan Evrensev leading the Turkish Airlines as to the skies as the State Airlines Administration. In 1947 representing Türkiye, Turkish Airlines conducted its first overseas flight from Istanbul to Athens. In 1951, expanding its fleet to thirty-three aircrafts and adding Nicosia, Beirut and Cairo as new destinations it made a headway. In 1955, the State Airlines Administration took the name Turkish Airlines and signed a document listing its extraordinary achievements gaining rank and prestige among the members of IATA, International Air Transport Association. 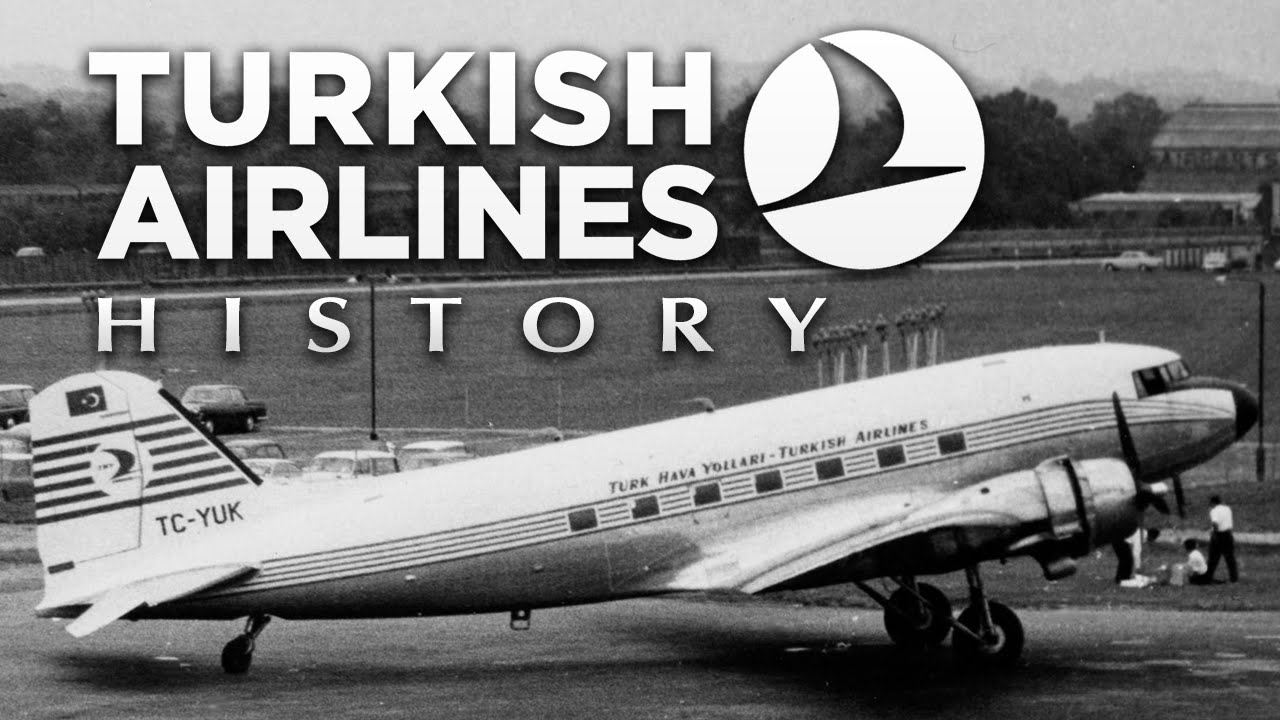 The Atatürk Airport formerly known as Istanbul Yeşilköy Airport finished constructions and opened to the international air traffic in 1953. It became a global meeting point, a hub to thousands of memorable moments.

With the switch from piston engines to jet-powered aircrafts a new era started in aviation history and Turkish Airlines added 5 Viscount 794 aircrafts to its fleet in 1958.

Its signature emblem “the wild goose” which can fly up to an altitude of 9.000 was designed by Mesut Manioğlu in 1959.

Pilot captains Zihni Barın and Nurettin made a first in Turkish Airlines History by crossing the Atlantic Ocean with a F-27 aircraft on a 30-hour flight from the USA to Istanbul.

Its capital increased from 200 million to 400 million which is an astounding %100 increase in 1972 due to its the devotion and dedication.

Some Awards of THY

Turkish Airlines was awarded 5 stars by the American aviation rating instate AviRate in the 2018 and it is still valid.

According to the awards by Skytrax, Turkish Airlines won the Best airline of Europe 6th times consecutively. 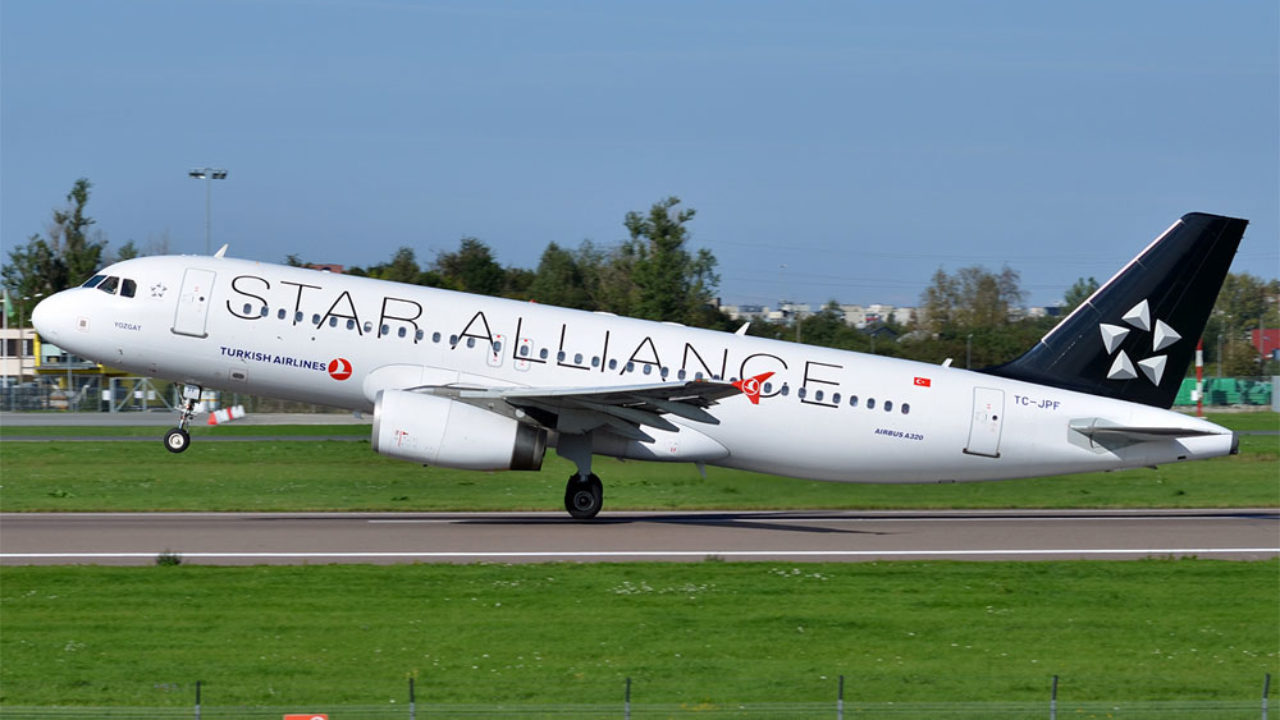 In 1998, Turkish Airlines joined the Qualiflyer group which Swiss Air was one of the members. Later the Frequent Flyer which was active since 1989 merged with Qualiflyer. After a while THY left this group in 2000. Later, Turkish Airlines structured its Frequent Flyer program and continued it under the name of Miles&Smiles. Lately, after 10 years with an agreement signed in Istanbul, THY joined its second alliance “Star Alliance” which was led by Lufthansa.

With its vision to be the most preferred air cargo company, Turkish Cargo connects Asia, America, Middle East, Africa, Europe and more with its wide network. Turkish Cargo provides communications with senders, recipients, airlines and more thanks to its automation systems. It also has a ISO 9001:2000 quality certificate.

Formed in 1933, Turkish Cargo is a sub-brand of Turkish Airlines. It was known as Turkish Airlines Cargo formerly until 2000. It carried its first cargo in 1947 with its first international flight on Atina line. With the increasing demand in market Turkish Cargo converted two B727-200F planes to cargo planes but after they were decommissioned it had to return to Combi-Transportation period. For a while continuing its business by renting other cargo planes, Turkish Cargo needed its own fleet and 4 A310 planes were converted to cargo planes. Lately due to the increasing activity two A330-200F planes joined the Turkish Cargo from the Airbus with ceremony. After these developments 3 more A330-200F replaced the older A310 models. Turkish Cargo is a member of IATA CARGO 2000 group.

Turkish Airlines has a technical maintenance center in Istanbul Airport. THY Technical deals with the repairs, maintenance and engineering of all its planes components. There is also a training facility for the future aviators and engineers in Aydın Çıldır Airport where the planes Cessna 172S and Diamond 40 and 42 NG repairs and maintenances are done. Turkish Engine Center started its operation in 2010 which can be considered the first step of the HABOM project with the %51 Pratt & Whitney and %49 THY Technical joint initiative. It is an engine maintenance facility which aims to do 200 engine maintenances per year.

It is an aviation school which its primary focus is to provide counseling and education to the other institutes and establishments in civil aviation sector. The academy provides approximately 12.000 face to face and 50.000 e-learning education with its expert tutors.

Turkish Airlines has variety of endorsements between sports clubs including FC Barcelona, Manchester United and Shakhtar Donetsk. With these agreements, Turkish Airlines became the official air carrier of FC Barcelona, Manchester United and Shakhtar Donetsk. Furthermore, there are endorsements with İstanbul Başakşehir, Beşiktaş, Bursaspor, Galatasaray, Fenerbahçe and Trabzonspor in Türkiye and also Greece’s basketball team Maroussi B.C. Besides these, the European Basketball League is named Turkish Airlines EuroLeague as well. There were many celebrities in THY commercials including Kobe Bryant, Lionel Messi, Caroline Wozniacki, Youssou N’Dour, Kıvanç Tatlıtuğ. THY managed a third place between companies with these activities in Europe.

Manchester United Endorsement: After United Air Asia, Manchester United signed a 3.5-year deal with Turkish Airlines in 2010 to 2013. In the second year of the endorsement, the safety instruction video was filmed with the players of the club. The video included Darren Flacher, Wayne Rooney, Nani, Chris Smalling, Rafael and Fabio da Silva of the Manchester United.

Borussia Dortmund Endorsement: After Manchester United, Turkish Airlines came to an agreement with Borussia Dortmund in 2013 for 3 years. The club arrived to Champions League Final in London with a team-colored Boeing 737-800.