How Did the Ukraine-Russia War Affect the Turkish Real Estate Market?

Investing in real estate in Turkey is one of the leading trends in the world these days. Besides quite an affordable pricing for those who are living out of Turkey, these investments are quite appealing.

This is mainly because the increasing trend in investing Turkish real estate market constantly increases the prices. The metal export of Turkey is increasing every passing month and the prices enjoy a significant upward trend for almost a decade.

The recent Ukraine-Russia War also significantly contributed to the Turkish real estate market too. First, many Ukrainians preferred to temporarily reside in Turkey but as the war kept continuing most Ukrainians started to invest in real estate in Turkey.

After the dominance of Ukraine in the war, which was not expected at the beginning of the war, now Russians are coming to Turkey. Most of them already started to invest in real estate in Turkey since it is obvious that the war will continue for an unknown time.

Turkey Is the First Choice of Both Ukrainians and Russians 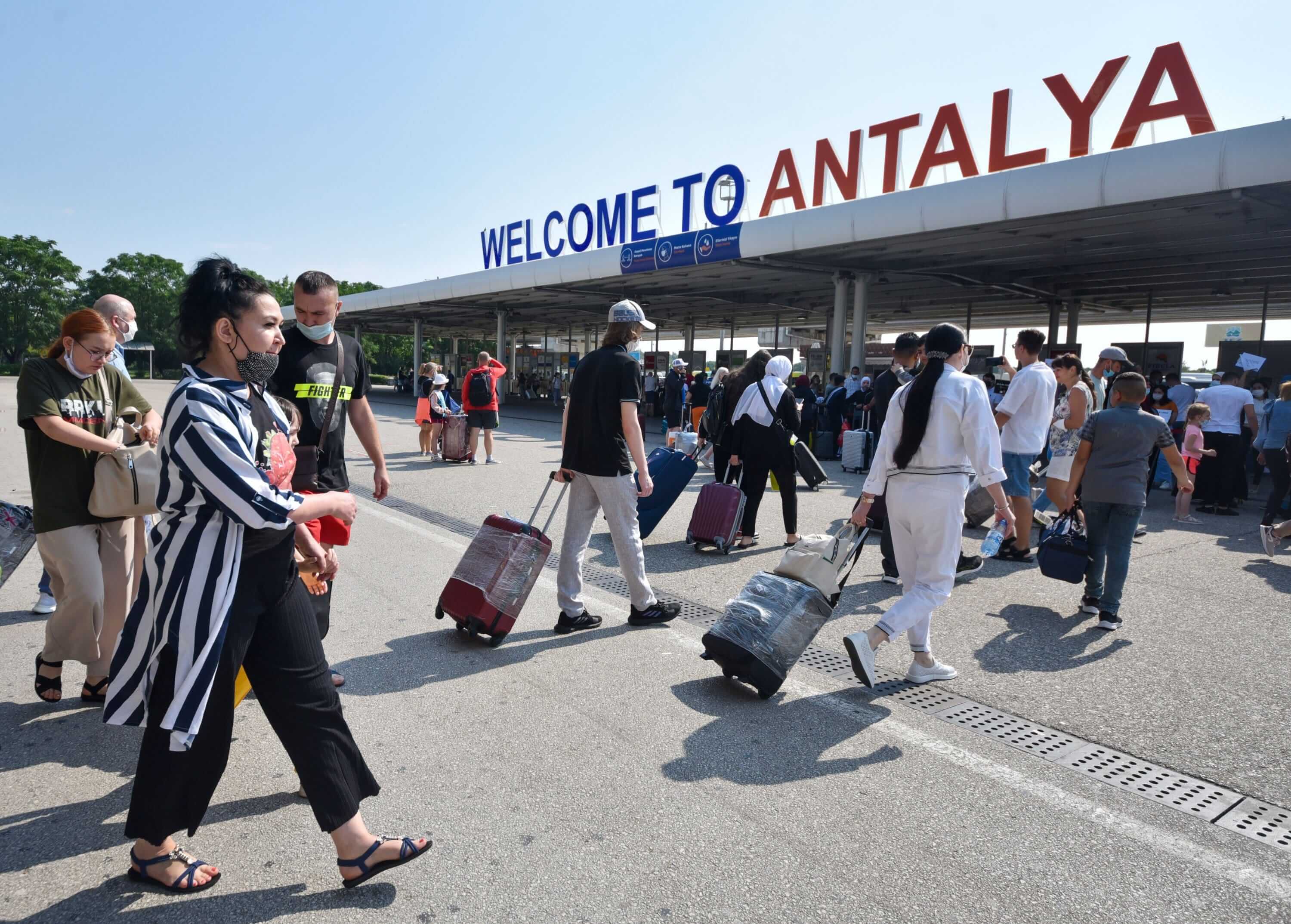 Although Turkey does not have any borders to both countries, it shared the same sea with both Ukraine and Russia. Considering the cheap cost of living in the country, all anti-war supporters or the families of people who take part in the war visit Turkey.

Most of them already started to invest in various properties in Turkey because of their affordable prices. Since the start of the Ukraine-Russia War, rent costs in certain cities such as Istanbul, Mugla, Antalya, and Ankara almost doubled.

On the other hand, there was already a significant demand for investments in real estate in Turkey. When these both nationals had to relocate because of the war, this demand doubled and even tripled in certain cities.

As a result, it became inevitable for the Turkish real estate market to be affected by this increasing demand.

People Are Investing in Real Estate in Turkey for Citizenship

Besides making investments to make a profit or for holiday house purposes, people are also investing in real estate to get Turkish citizenship. This means that they need to hold their real estate for at least five years.

Considering the limited number of supplies in the country, this trend significantly increases the prices. However, it is still not too late to get your share of the pie. In fact, most experts claim that this is just the beginning of a new era in the Turkish construction industry.

It seems like the war will not end in the following days and more and more citizens will continue to visit Turkey. It is expected that almost thirty percent of these visitors will invest in real estate in Turkey for citizenship and passport purposes.

Of course, this will significantly affect the general conditions in the Turkish real estate market. Although the prices will increase on average, those who already invested in any real estate in Turkey will enjoy a significant increase in their investments.

The Interest of Russian Citizens Is Increasing Rapidly

At the beginning of the war, almost the entire world believed that Russia would take over Ukraine in less than a week. Turkey always remained neutral between the parties but continued its trade as war is not happening at all. Many Turkish companies, especially those operating in the military industry, provided equipment and gear to Ukraine since day one.

Without a doubt, this war significantly increased the bonds between the Turkish and Ukrainian people. Thus, most of them preferred to visit Turkey until the war will end. However, after the dominance of Ukraine in the war, Russia started to adopt strict policies.

These policies even changed the minds of war supporters and most of them had to leave their countries. Since Turkey remained neutral, most Russians preferred to visit Turkey too. Even before the war, Turkey was one of the popular touristic destinations for many Russians.

However, it seems like the Russian government will continue to adopt and implement strict policies to maintain its reputation in the world. As a result, experts believe that more and more people will prefer Turkey as a shelter until the war will be over.

Of course, this provides a great opportunity for those who are already in Turkey. They will be able to enjoy the highest return on investment rates for their real estate investments in Turkey.

Early Birds Will Enjoy a Great Return on Investment Rate

One thing everyone is sure about the Ukraine-Russia War is it is a complete mystery. No one can predict how long it may take, especially after the poor guesses they made at the beginning. In addition to this, one thing everyone is also sure about is Turkey will be welcoming more visitors in the following months and years.

This is why it is considered the best time to invest in real estate in Turkey. Already, many people from other countries increased their investments. The number of properties purchased by foreigners is also increasing rapidly, especially in tourist cities.

So, if you are about the visit Turkey or you are already in the country, it may be a good idea to consider investing in real estate in Turkey. With its appealing return on investment rates and proven benefits, especially in terms of revenue, Turkey is an attractive country for both nationals.

Our company offers consultancy and real estate services to foreigners who are interested in becoming one of the early birds in the Turkish real estate market. So, please feel free to contact us for all kinds of details you would like to discuss or receive services.