Where did It Come From?

Although the origin of coffee is not known exactly, the credible evidence of coffee drinking or coffee plants appear in 15th century in Yemen. It is predicted to be discovered in Ethiopia for the first time although there is no direct evidence to this. Yemen was the first-place hard evidence was found about the consumption of coffee. The popular theory is that Sufi monks used to consume coffee to help them stay away with their meditations.

Popularity and Spread of Coffee

Yemen was a province under the Ottoman Empire’s rule. It was under the rule of the Mamluks of Egypt but in 1517, the governor surrendered to the Ottomans. It is theorized that the coffee spread to Europe thanks to Özdemir Pasha the Ottoman governor of Yemen who invaded Abyssinia where the coffee is first discovered as well. Although the concept of coffee and coffee drinking existed before Özdemir Pasha, he offered coffee to Sultan Suleiman the Magnificent who liked it so much that the staff decided to use a new method of making coffee. There are evidences on the spread of coffee to Europe due to the thriving trade between Ottoman Empire and countries like Venice.

As Özdemir Pasha brough a sample from his discoveries in Yemen which he governs, Sultan Suleiman the Magnificent took a liking on the strange new drink coffee. Thanks to his interest on the coffee, the staff of Topkapı Palace experimented and found a new method to brew coffee. The method consisted of roasting the coffee beans, grounding them with patience and boiling the grounded coffee in a special jug named cezve so that the drink would impress the Sultan Suleiman the Magnificent and his wife Hurrem Sultan. Coffee spread from the palace to the nobility then to the common people in time. Turkish Coffee brought lots of important social and cultural constructs with it and it became an integral part of Turkish culture. The Greek Coffee adapts the same brewing method but it has its own traditions as well.

Greek Coffee is almost the same as Turkish Coffee since Greece was once an Ottoman occupied country for a time. Greek Coffee is a type of coffee where the beans are roasted and grounded then boiled in a pot. The brewing requires the coffee pot is called a “briki” which is a small narrow pot and the coffee is poured to a special cup called demitasse then the grounds are allowed to settle as the coffee is served with a homemade cookie variant and a glass of water. 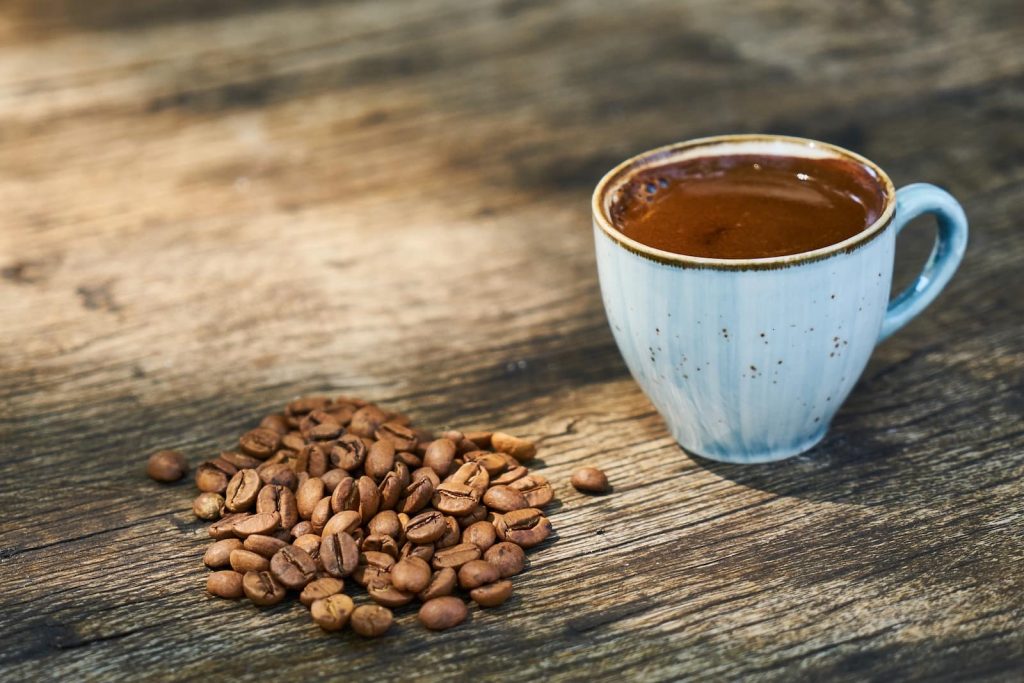 Being essentially the same drinks, in Greece the Turkish Coffee was formerly known as simply “Turkish” but due to the political tensions between two country and some critical events that led to worsening relations, “Greek Coffee” became a political euphemism in 1960’s. The advertising campaigns were started to promote the name “Greek Coffee” in 1990’s. Let’s check out the drinks together:

Although they are generally identical some say you can tell them apart. First to look at is the brand. Obviously if the brand is Greek the coffee is Greek or vice versa. Greek Coffee also tends to be roasted lighter than Turkish Coffee. With Turkish coffee being more spiced flavoring between both varies too. You can see the both versions served with sweet or plain but you can see Greeks adding sugar after brewing which is not acceptable in Turkey. Finally, we can say that it is a cultural common ground instead of a branding war. The names can be different but it doesn’t change the common history and culture that we have experienced.

Other Variants and Names of Coffee

Armenia has a variant of the Turkish coffee which is called Armenian coffee or black coffee which refers to the traditional coffee that is done without milk or cream. Living under the rule of Ottomans, Armenians adopted the coffee as well.

Czech Republic, Slovakia, Poland and Lithuania has a variant called turek and a differently prepared Turkish Coffee where you brew the coffee just like an instant coffee.

In Bosnia and Herzegovina, the coffee is called “Bosnian Coffee” which is different from Greek or Turkish coffee in the sense that when the water boils, a small amount is saved aside for later usually in a coffee cup. The coffee is then added to the pot with the remaining water as well. It is put on the stove again and quickly boils.

In Serbia, Slovenia, North Macedonia, Montenegro and Croatia it is called “Turkish Coffee” or “Domestic Coffee” which is the most common name for it or simply coffee which is identical to the Turkish version. In Serbia it can be called “Serbian Coffee” too.